Research projects in our group focus on "Noroviruses".

Human norovirus, previously known as small-round structured viruses (SRSV) and Norwalk-like viruses (NLVs), was first identified in 1972. Noroviruses are now known to be the dominant cause of outbreaks of gastroenteritis around the world. Currently, there are no vaccines for noroviruses and cross-protection from future norovirus infections is uncertain, and it is not uncommon for re-infection with a genetically similar strain. Although the disease is self-limiting, symptoms can persist for days or even weeks, and transmission from person-to-person is difficult to control once the outbreak has occurred. Noroviruses are an enormous problem in closed settings such as hospitals, nursing homes, cruise ships, and schools. Human noroviruses are frequently associated with food-borne outbreaks of gastroenteritis. In a nutshell, human noroviruses are everywhere and infect all age groups.

The norovirus positive-sense, single-stranded RNA genome has three open reading frames (ORF1-3), where ORF1 encodes the nonstructural proteins, ORF2 encodes the capsid protein, and ORF3 encodes a small basic structural protein. Based on complete capsid gene sequences, human noroviruses can be divided into two main genogroups (GI and GII), which can be further subdivided into at least 25 different genotypes (GI.1-8 and GII.1-17). Human noroviruses are uncultivable, but expression of the capsid protein in a baculovirus expression system results in the self-assembly of virus-like particles (VLPs) that are morphologically and antigenically similar to the native virion. The X-ray crystal structure of the VLP shows the capsid is divided into two domains, shell and protruding (P) domains. The P domain is further divided into P1 and P2 subdomains, with the P1 subdomain interacting with the shell and the P2 subdomain residing on the outer surface of the capsid and likely containing the determinants for receptor binding and antigenicity. Interestingly, the P domain can be expressed in E.coli and these correctly fold into biologically relevant dimers that are identical to those found on VLPs.

The objective of our research group is to better understand the molecular basis of norovirus capsid antigenicity, flexibility, and interaction with receptors and binding factors. We also aim to develop a panel of norovirus antivirals.

A number of projects are available and ongoing in our laboratory. We use both X-ray crystallography and cryo-electron microscopy to describe capsid structures and binding interactions. Other techniques are also employed in order to better understand the interactions. Protein expression is in bacteria and insect cells.

The human histo-blood group antigens (HBGAs) have been identified as potential co-factors for norovirus. The HBGAs are complex carbohydrates linked to proteins or lipids present on epithelial cells and other cells in the body or found as free antigens. At least nine different HBGAs have been described that can bind to norovirus. A number of crystal structures have been determined for HBGAs in complex with P domains. These studies identified HBGA binding differences between the norovirus GI and GII genogroups. The GI bound HBGAs at the outer (P2) surface of the capsid with a monomeric interaction involving a single P2 subdomain subunit. The GII also bound HBGAs at the top of the P2 subdomain, but with a completely different set of residues, which spanned a P2 subdomain dimer interface. Our group plans to express numerous other P domains representing different norovirus strains in order to describe the interactions with a panel of HBGAs and other candidate receptors.

Development of Antivirals Against Human Norovirus

Despite the discovery of human noroviruses over 40 years ago, very little research was undertaken to develop human norovirus antivirals. Most control measures for norovirus-associated outbreaks in closed institutions such as hospitals include closure of entire wards/ hospitals, isolation of infected patients, and cleaning contaminated areas with powerful disinfectants containing bleach. To have an effective antiviral against human norovirus would be an enormous relief, not only economically, but also in reducing the burden of this disease. Recently, we analyzed the interaction of citrate with GII noroviruses using X-ray crystallography and saturation transfer difference (STD) NMR. We found that the citrate interaction was coordinated with an almost identical set of capsid interactions as involved in recognizing the terminal HBGA fucose, the saccharide which forms the primary conserved interaction between HBGAs and GII noroviruses. STD NMR showed the protruding domain to have weak affinity for citrate, but could compete against the soluble HBGAs for the HBGA binding site. Our group plans to screen other candidate drug molecules that bind and inhibit norovirus attachment to cells. 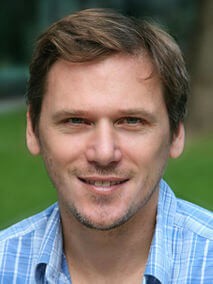