Chronic Heart Failure (CHF) has a poor outcome leading to a 1-year mortality rate of roughly 50% in patients with severe heart failure (NYHA IV). Importantly, heart failure often presents with comorbidities, including diabetes, renal dysfunction, and depression. Despite decades of research, a comprehensive understanding of CHF, including the role that comorbidities play in development, progression, and outcomes in CHF remains incompletely understood.

Our goal is to improve understanding of CHF with a systems medicine approach (Figure 1). We will attempt to evaluate the role of multiple comorbidities in clinical manifestation, treatment, and outcome of CHF patients. Clinical data resources provided by the Heidelberg University Hospital will be used to build a disease network around CHF to clarify the relations between comorbidities like chronic kidney disease, hypertension, inflammatory diseases and diabetes. We will also evaluate psychosomatic disorders, as some of these have been closely linked to CHF outcome. Clincal data will be used for association analyses and longitudinal studies, and will also be used as the basis for development of comorbidity networks.

Further, we are investigating associations between molecular and clinical patterns found in CHF patients. High-trough-put technologies allow us to measure  on a large scale cellular function which can be contextualized to reconstruct the complex gene and protein regulatory networks. These functional networks can be further associated with different CHF disease phenotypes to uncover varying pathomechanisms, which could help to identify drug targets for a precision medicine treatment of CHF.

This project contributes to the Informatics for Life consortium which was founded in 2018 to embark on a multidisciplinary mission to study cardiovascular diseases by joining forces of clinical and computational experts. Our close collaboration partner is Prof. Dr. Julio Saez-Rodriguez, Head of the Institute for Computational Biomedicine. 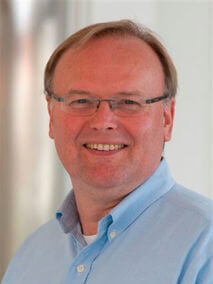