Department of Child and Adolescent Psychiatry

The research section for "Translational Child and Adolescent Psychiatry" under the direction of Prof. Dr. med. Michael Kaess, exists since August 2015 at the Department of Child and Adolescent Psychiatry. It emerged directly from the former working group "Adolescent Risk Behavior and Self-Harm". Within the framework of experimental studies with a basic scientific orientation, clinical cohort studies and randomized controlled therapy studies, the work of the section focuses on the investigation of the benefit of neurobiological as well as psychological markers in the context of diagnosis and therapy of psychiatric diseases in childhood and adolescence. Findings from this work are to be translated into clinical practice and implemented after critical review in order to optimize psychiatric diagnostics and therapy with regard to their transfer into clinical practice. The section ensures its strongly translational focus through direct cooperation with the in-house Outpatient Clinic for Risk Behavior and Self-Harm (AtR!Sk).

The clinical focus of the research group is research on risky and self-harming behavior (e.g., self-harm, suicidal behavior, pathological Internet consumption) as well as the development of severe mental disorders, such as depression or borderline personality disorder. Concrete projects currently address, among other things, the question of the extent to which risky and self-harming behaviors are suitable as indicators for psychiatric illnesses and which predictors can apply to the chronic course of such behaviors. This also involves the question of the usefulness of these indicators for the early detection of serious mental disorders.  In the field of intervention research, randomized controlled studies are currently underway in the section on both school-based prevention and clinical treatment of risky and self-damaging behavior and its risk factors.

A large number of ongoing research projects also address physiological, endocrinological and neuronal correlates of the development and progression of psychopathological symptoms and neuropsychological misprocessing in central disease patterns in this age group, especially as a result of early childhood trauma. Methodological focuses are the evaluation of the function of the hypothalamic-pituitary-adrenal cortex axis (HHNA), the autonomic nervous system (ANS) and cortical activity by means of blood and saliva analysis as well as non-invasive electrophysiological and photo-optical methods. Accompanying the neurobiological orientation, methods of Ecological Momentary Assessment (EMA), paradigms of experimental psychology (e.g. stress induction, emotion recognition, aggression induction) and genetic as well as epigenetic investigations are applied.

Head of the section 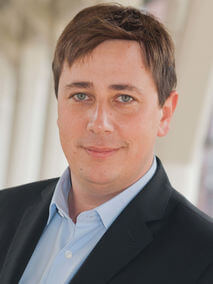