Research Area B: “Immune cross talk in the skin”

The focus of area B is the intercellular cross-talk of cells and molecules within skin.​​​​​​​

The mononuclear phagocyte compartment of the skin is remarkably complex. It consists of Langerhans cells, several subsets of dendritic cells, monocytes and dermal macrophages, which undergo dramatic changes in numbers and frequencies in the context of infection and inflammation of the skin. We will use a mouse model that allows us to target individual subsets of skin mononuclear phagocytes to interrogate the function of these subsets in innate and adaptive defense against a cutaneous virus infection and in integrating environmental signals for the control of T helper cell differentiation.

Nucleotides released by cells (e.g. ATP, NAD, cAMP) are eventually degraded to adenosine (Ado) by the extracellular enzyme CD73. This pathway is important for tolerance induction in skin, as expression of CD73 and production of Ado by skin dendritic cells (DCs) is mandatory for rendering mice tolerant against the hapten 1-Fluoro-2,4-dinitrobenzene (DNFB). By using conditional CD73 knockout animals, we will investigate which subset of CD73+ skin DCs is conveying the tolerogenic effects on T cells, and how engagement of Ado receptors expressed by T cells affects their activation and differentiation. By topical application of agonists for Ado receptors to the skin, we want to mimic the anti-inflammatory effects of CD73-expressing cells, and the effects of Ado receptor agonists will be evaluated in mouse models of contact hypersensitivity and psoriasis. 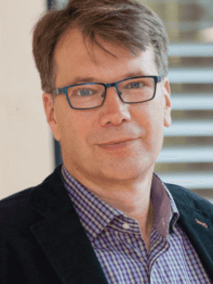 Aberrant activation of T cells and their infiltration into the skin are characteristics of T cell-mediated skin diseases. The molecular mechanisms leading to the pathologically relevant activation of these T cells are so far inadequately known. We have shown that keratinocytes are able to activate naive human T cells. Now, the involved costimulatory receptors and the triggered signal transduction (e.g., via L-plastin and cofilin) will be characterized in vitro in a human skin equivalent model, as well as in vivo in knock-in mice. This may open up new possibilities to block T cell activation in psoriasis and allergic contact dermatitis. 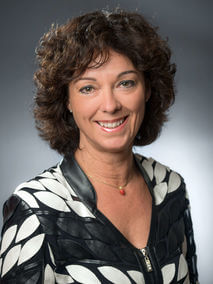 B05 - Dual roles of RNA-induced immune activation in the skin

RNA sensing via endosomal Toll-like receptors (TLRs) appears to have dual - i.e. beneficial as well as detrimental - immune outcomes in skin infections vs. auto-inflammatory diseases like psoriasis. Yet, the physiological role of RNA sensing in skin immunity and its underlying mechanisms as well as cellular sources of RNA remain poorly understood. We will therefore (i) characterize skin-specific innate immune responses to microbiota-derived and host RNA; (ii) define physiologically relevant sources of immune stimulatory RNA in the context of psoriasis and (iii) determine adjuvant properties of RNA for promoting anti-microbial and auto-antigen adaptive immune responses.

The mechanisms deciding whether immune reactions remain innate or turn into adaptive immune responses remain unknown. Our preliminary data and molecular data from variants of psoriasis or lupus erythematosus (LE), and some genetic diseases strongly suggest that the balance between IL-1α/IL-1β on one side and IL-6/ATF3 and IFNs on the other determine whether innate immune responses turn into memory responses or not. We will study innate responses and delayed type hypersensitivity reactions in ATF3, IL6, IFNR knockout mice, and correlate these data with the molecular and cellular pattern of either innate or T cell driven variants of psoriasis or LE.

B08 - Modulation of inflammatory skin disease by blocking metabolic checkpoints

Psoriasis is a chronic inflammatory skin disease often associated with a metabolic syndrome. Only recently it became clear that alterations in fatty acid synthesis (FAS) and mitochondrial respiration (OXPHOS) can significantly influence T cell immunity. We will study the therapeutic potential of natural small compounds isolated from myxobacteria such as Soraphen A (SorA) and Argyrin C (ArgC) and related molecules in psoriasiform dermatitis which interfere with FAS or OXPHOS and we plan to unveil the molecular mechanism by the use of novel genetic models with conditional ablation of metabolic target molecules.

The induction of key cytokines and chemokines in psoriasis relies on the transcriptional regulator IκBζ. Even if it has been demonstrated that global IκBζ knockout mice are resistant to experientially induced psoriasis and that IκBζ expression is increased in human psoriatic lesions, it is unclear how IκBζ expression in the different cell types contributes to psoriasis pathogenesis, how IκBζ functions on a molecular level and if there is a way to target IκBζ pharmacologically. We therefore aim to elucidate the role of IκBζ function in different cell types using tissue-specific IκBζ knockouts, to biochemically characterize IκBζ function and regulation, and to screen for small molecule inhibitors interfering with IκBζ activity, which might lead to new therapeutic opportunities to treat psoriasis.

Innate lymphoid cells (ILCs) that reside in organs such as the liver and skin were shown to be able to mediate CHS-like reactions in mice, even in the absence of T and B cells. However, relevant activation modules in ILCs, the contribution of the local microenvironments that drive these responses during CHS reaction, and the ILC/T cell crosstalk in CHS are poorly defined. In our project we will (i) identify novel regulatory and activating circuits in ILCs induced by microenvironmental cues during CHS reactions in the skin and (ii) dissect their interaction with T cells. The results could help the design of novel treatment strategies for inflammatory skin disease.

β2-integrins such as CD18 are cell adhesion molecules that play important roles for cell-cell communication between leukocytes and for the extravasation of leukocytes from blood into inflamed tissues. Mutations in the gene coding for CD18 are associated with psoriasis and psoriasiform diseases in mice and humans. However, the underlying cellular and molecular mechanisms are far from being defined. In the present project we aim at better understanding the role of CD18 in Treg cell biology. To this end, we will pursue the following aims: (I) in-depth characterization of the type of spontaneous skin inflammation in Treg-specific CD18 deficiency (Cd18Treg and Cd18hypo PL/J mice), (II) understanding the role of CD18 in Treg cell differentiation, migration and cAMP-dependent function, and identification of the underlying molecular mechanism of CD18-dependent suppressive properties of Treg cells, and (III) analysis of the role of CD18 and Treg cells in human psoriasis.