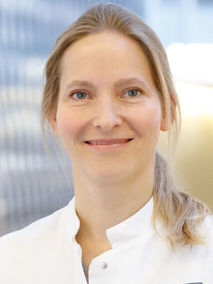 As clinical scientists our main research focus is the better understanding of patients’ treatments. In the last years especially new immunotherapeutic treatment options with so called immune checkpoint blockers give new hope to be able to control the tumor long-term, especially in patients with a metastasized melanoma. However, only a portion of patients definitely profits from this treatment and besides tumor load measured by serum lactate dehydrogenase levels no good clinical biomarker is available to predict response. Recent publications revealed that neoantigens of the tumor might be one of the main factors to lead to recognition by the immune system and tumor defence. We aim to find biomarkers to be able to predict treatment response and learn from them how the treatments work and why tumors are resistant. This might guide ideas for treatment combination with the intention of overcoming the resistance and enhancing tumor response. In an ex vivo system we aim to test different treatment combinations preclinically to then be able to plan promising treatment combinations in clinical trials.

Ipilimumab is a CTLA-4 antibody which blocks downregulation of activated T cells and is successfully used to treat patients with metastasized melanoma. However, its activity in the brain is limited to small asymptomatic lesions and hence it is routinely combined with radiation of brain metastases. It is believed that the release of tumor antigens by radiation might enhance response to immune checkpoint blockers but not much is known on the mechanisms.

In cooperation with P. Beckhove, Regensburg we aim to detect differences in the peripheral blood between patients who receive either stereotactic (1-3 brain metastases) or whole brain radiotherapy (WBRT, > 3 brain metastases) depending on the treatment schedule either starting with radiation or with immunotherapy (see study design).

Primary endpoint: immunological and imaging response at 3 months after completion of radiation in the different treatment arms

Relationship between TIL repertoire and treatment impact in human melanoma

Tumor infiltrating lymphocytes (TIL) play a crucial role in the therapeutic impact of immune checkpoint blockers, and these T-cell fractions can also be effectively used in the context of TIL therapy, which involves the harvest, ex vivo expansion and reinfusion of autologous TIL.

In the frame of the BMBF-Junior consortium TIL-REP we aim to investigate:

STAT5 as resistance mechanism for interferon treatment in melanoma

Interferon-alpha is used adjuvant to treat patients with stage II/III melanoma. Besides the influence on the immune system e.g. by upregulation of MHC class I and II molecules and activation of macrophages interferons have a direct anti-oncogenic effect in vitro. Here, interferon receptors induce growth inhibition in melanoma cells via activation of STAT1. Mutation of STAT1 is known to cause melanoma resistance. In interferon resistant melanoma cell lines we found a high expression of STAT5 and a low expression of STAT1. Hence, this might be a hint for interferon resistance, but nothing is known if this plays a role in vivo.

The aim of this project is to evaluate STAT1,3 and 5 expression in melanoma metastasis by immunohistochemistry and evaluate activation of the transcription factors by the use of phophos-antibodies in immunofluorescence staining. Results will be correlate dot the clinical course.

Hypophysitis is a frequent autoimmune side effect in patients treated with ipilimumab. Unfortunately almost none of the affected hypophysis recover despite high dose steroid treatment probably because diagnosis is done too late when hormones already drop in the peripheral blood.

Despite the fact that infiltrating lymphocytes could be found in hypophysitis autopsy samples you can detect antibodies against TSH-producing cells. Hence, we would like to find out if these could be used to early diagnose hypophysitis and early start of anti-inflammatory treatment.

In the last years new treatment options emerged for patients with metastatic melanoma. These include targeted treatments with BRAF and MEK inhibitors as well as the immune checkpoint blockers Ipilimumab and the PD-1 antibodies. And there are many other antibodies and small molecules in pipeline tested in early clinical trials. Hence, there will be many possibilities to combine drugs or for sequential schedules, e.g. for the combination of targeted and immunotherapies.

In an ex vivo system where 300µm thick tissue slices from melanoma metastases will be taken into culture we aim to test substances on their effect on tumor cells, e.g. the expression of PD-L1.