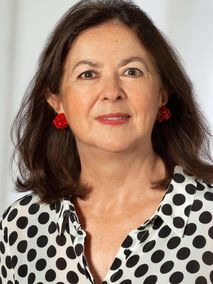 The focus of our research interest is on the molecular elucidation of human disease with a special focus on growth and neuronal/neuropsychiatric disorders. To uncover the basic mechanisms on the causes of these disorders, our work employs different cell culture and animal models as well as differentiated mouse and human induced pluripotent stem cells. We would like to understand how mutations correlate with disease, how genes are regulated and how they contribute to differentiation and development.

By integrating genetic, molecular, biochemical and cell biological approaches, the basic understanding and function of these proteins and their roles in the relevant networks will be established.

Currently we are focusing on the following projects:

The homeobox genes SHOX and SHOX2 SHOX deficiency is the most frequent genetic growth disorder associated with isolated and syndromic forms of short stature. SHOX2 is involved in the development and function of the sinoatrial node, the primary pacemaker of the heart. SHOX2 mutations have been found in conduction-related heart diseases such as atrial fibrillation and sinus node dysfunction.

neurodevelopmental disorders: SHANKs and FOXP1 and other disease genes

The transcription factor FOXP1 and its target genes in cognitive development